Cosimo the Elder is an importamt member of the Medici family of Florence.

I already wrote an article about Giovanni di Bicci, his father.

Cosimo has a brother, Lorenzo. And for both of them we have the appellation “the elder”. Later in the history of the Medici we will meet other Cosimo and Lorenzo with different appellations.

Cosimo The Elder and the Criptomonarchia

When Giovanni di Bicci died in 1429, Cosimo took the responsability of the family business..

During that time Florence was a Republic. No family had officially the power.

But several families made alliances in order to have more influence in the Republic decisions.

And there were 2 factions: the aristocrats was tha alliance made by familes Albizi and Strozzi; commoners was the alliance of Medici and Pitti.

Niccolo da Uzzano was the governator and found the way to keep the balance between the 2 factions. But has he died the Albizi accused Cosimo of conspiration against the Republic.

Consequently Cosimo was imprisoned in a cell inside the Signoria Palace Tower, called Alberghetto and than exile to Venice.

Meanwhile in Florence the Albizi loosed their power and the Republic called back Cosimo that was welcomed as a big hero.

From this moment Cosimo started to be very powerfull. Albizi and Strozzi were exile by the Republic and The Medici were the most important bankers of the town. And not only ….

But Cosimo was also very prudent and intelligent: he knew that he could not behave like a King!

Florence was a Republic where all the poople should had same power and position.

So he started to manage everything in a very “hidden” way: that’s what we call Criptomonarchia ( CRIPTO comes from greek and means hidden, MONARCHIA means monarchy).

The keywords of Cosimo are : corruption, alliances, balance and diplomacy. This are all the features that allowed Cosimo to have the control of Florence.

He diced to build a new palace for his family and he choose a simple one made by Michelozzo. Not too showy, not too big and with the main entrance in a secondary street not in the main street of the towN. This to avoid give his enemies more reason to fight for.

Moreover he put the main entrance of his palace in a secondary street of Florence and not in the most important one.

He was becoming a very powerful person, but also Florence was getting more iportant in the international political life.

In 1439 Cosimo found the way to move the Chucrh Council from Ferrara to Florence.

To do this he corrupt the Pope….anyway this was a very important international happening. Many important people came to Florence: Giuseppe Patriarch of Costantinopoli, Giovanni Paleologo of the Bizantine Empire, people coming from different countries. And of course any person took presents from his Country. New jewelery, fabrics that became part of the habbits of the reach people.

Cosimo was able also to create new alliances with Milano, which did not have the same business interest of Florence as the old alliate Venice had.

The power of the Medici grow up a lot with Cosimo.

But also the power and importance of Florence.

The father of the country

When Cosimo died in 1464 the Republic gave him the title of PATER PATRIA , The Father of the Country and this gives you the idea of how important has been this man for Florence.

He wanted to be burried inside the San Lorenzo Basilica, the favourite of the Family.

And his tumb is there, in the cripta together with the tumb of his friend Donatello.

Inside the Balisilca, on the floor in front of the altar, there is a big tombstone dedicated to Cosimo and made by Verrochhio.

This is the history of one of the most important man of the Medici family of Florence. 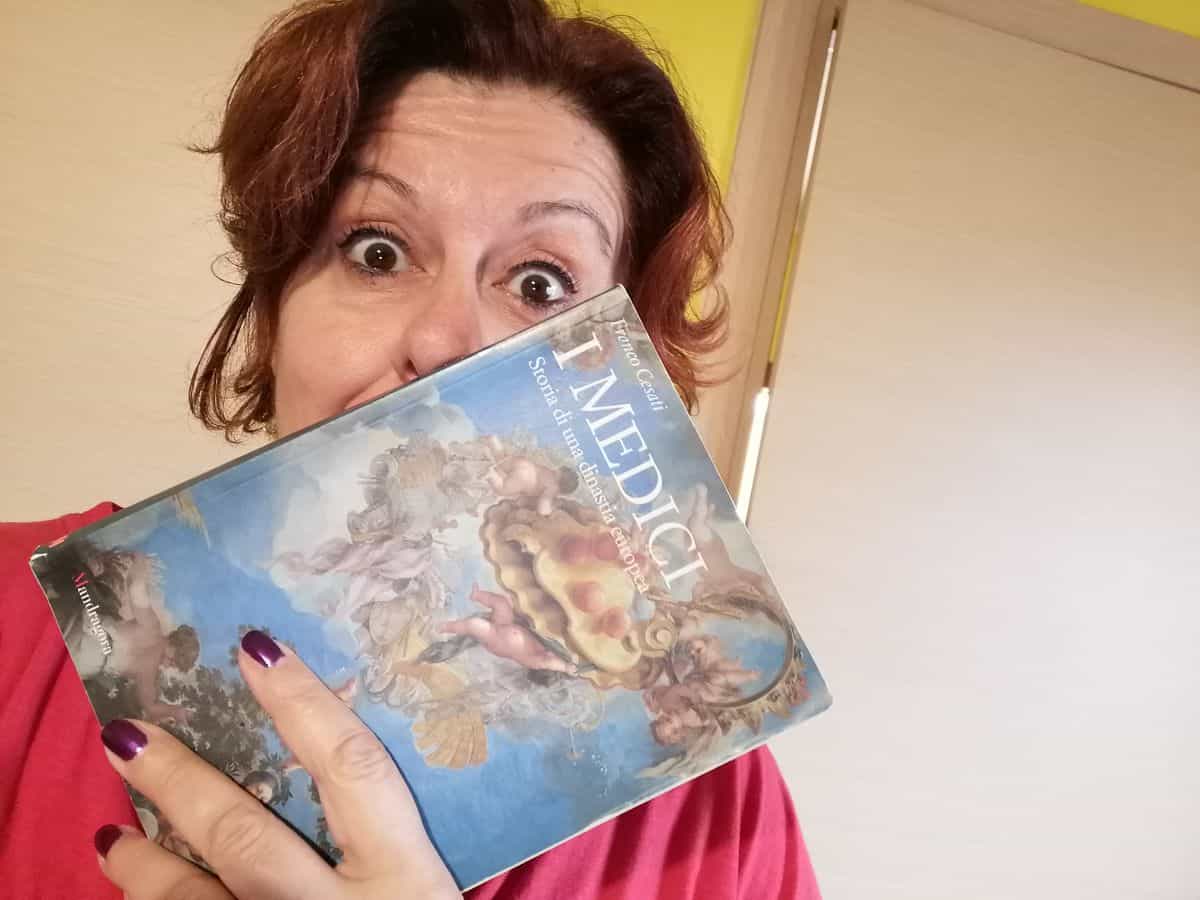 The best book about The Medici, the most important family of Florence .

I want to suggest you this book that has been very helpfull for me while I was studying to become a local guide.

But let me tell you something about this family.

The Medici had power in Florence for about 300 years.

But the way they managed the town changed in the history.

In the 15th century they started to be bankers and became very reach.

However some of them did it in a ?clever? way and they were loved by the common people.

But at the end of the 15th century they were exiles from the town by the Republic of Florence.

In the 16th century they got the title of Dukes that means they started to be the only one to control the town.

I organize some tours in Florence about The Medici, you can find the description in my website 🙂

The book title is : Medici: Story of a European Dynasty

It is written by Franco Cesati an italian publisher and journalist who wrote several books about Florence.

This one has a very good introduction to The Medici but tell you also something about the different kind of Government that the town had before The Medici.

I read this book before starting my school to get the license as local guide, to be introduced to the great family.

But it was also helpful during the school because there is a section related to each member of the family and is very well organized and written.

I suggest to read this book before coming to Florence to better understand any tour that is possible to do here: because anything in this town is somehow related to The Medici.

And the book is easy to be read: paragraphs are not to long and there are also little mentions to art related to any member of the Medici.

You can find the book on this link.

Enjoy the history of The Medici!!! 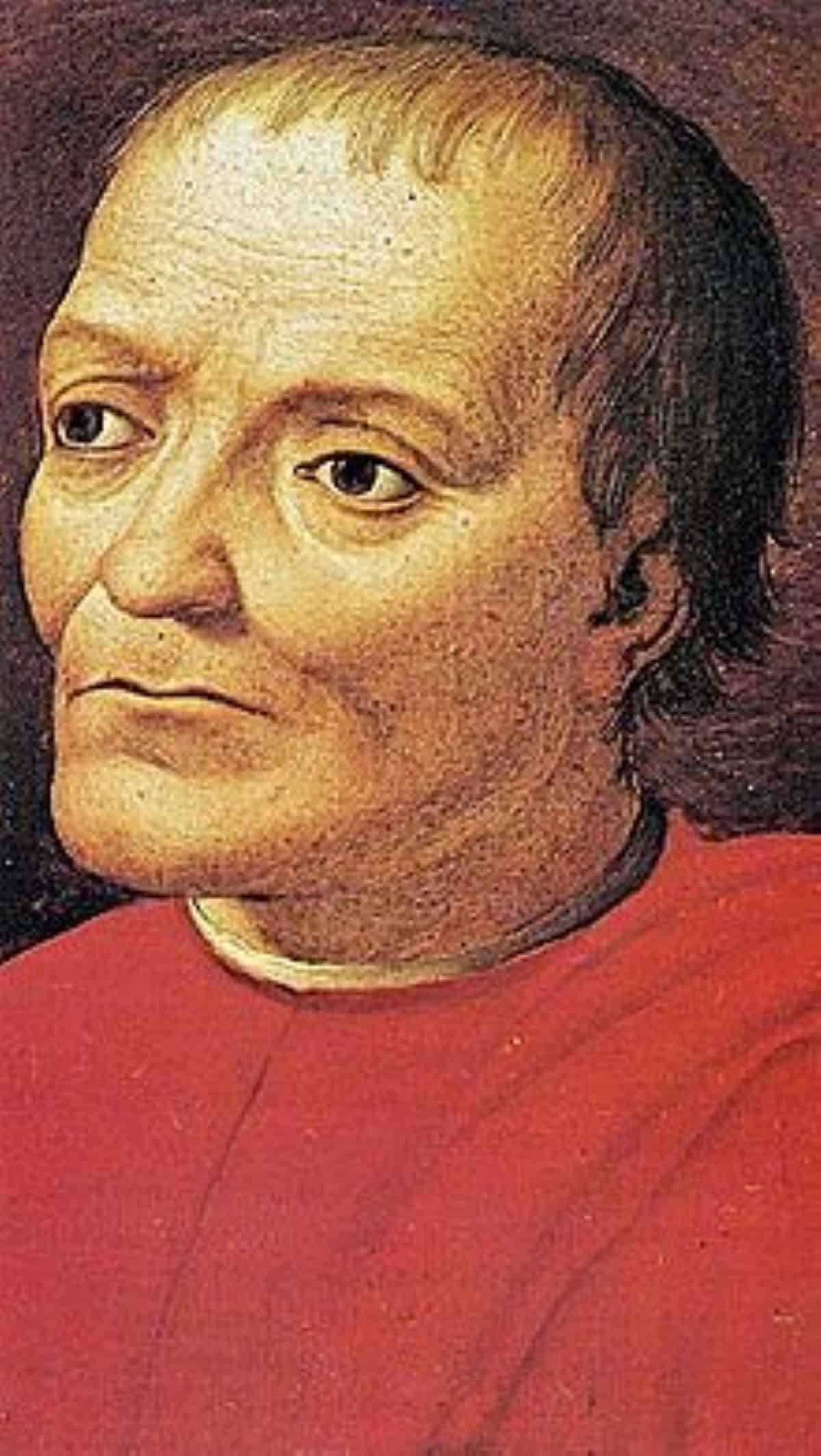