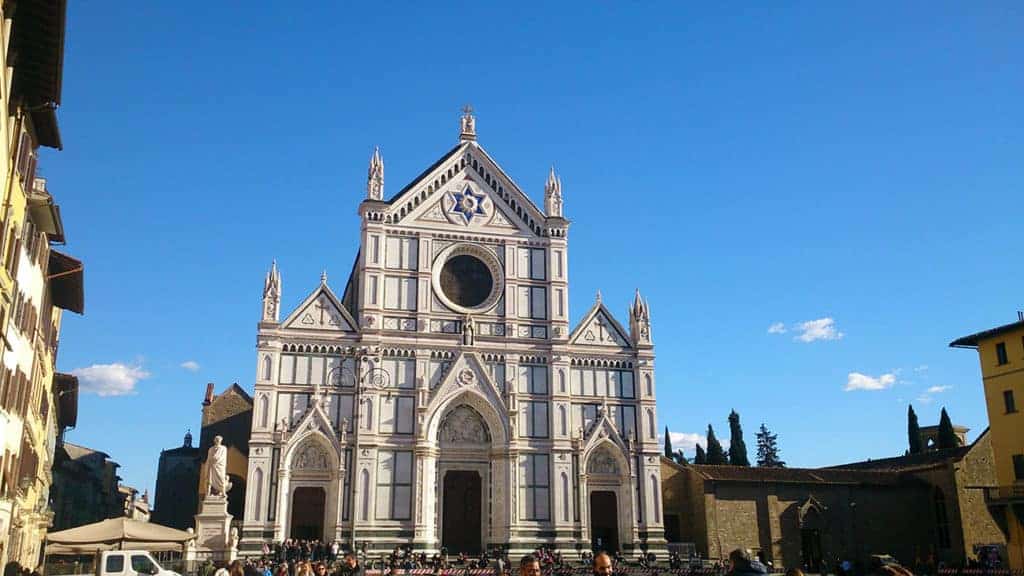 Santa Croce the Franciscan friers one.

And even between friars there was competition and both wanted to be represented by an important church.

Indeed the 2 churches are full of important marsterpieces.

In Santa Croce we will se a beautifull crucifix made by Giotto, the Trinity of Masaccio, the garden where the friars used to meet.

Santa Croce Church is considered the Pantheon of Florence: many important artists, politicians, writers who lived in Florecne are burried here.

And any tumb is made by an important artist.

We will see the tumb of Michelangelo, Galileo Galilei, Vittorio Alfieri.

In both churches we will see also frescos made during the Middle Ages and the Renaissance painted on request of the important families of Florence.

For groups including more that 15 pax: quotation on request.

Entrance Ticket are not included on the rates.
For some museum ( as Uffizi Gallery and Accademia Gallery) during the high season
I suggest to book in advance ( reservation cost is 4,00 euro per person) to avoid long line.

Rates are for the guide service.
For any other request there will be a specific quotation.