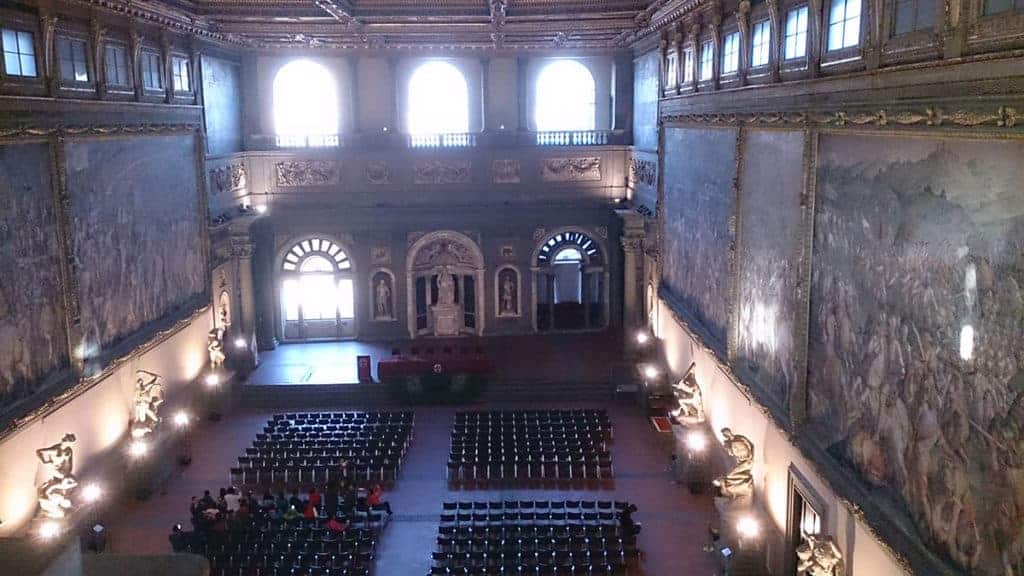 For groups including more that 15 pax: quotation on request.

Entrance Tickets are not included in the rates.
For some museums (such as Uffizi Gallery and Accademia Gallery) during the high season, I suggest booking in advance ( reservation cost is 4,00 euro per person) to avoid long lines.

Rates are for the guide service.
For any other request, there will be a specific quotation.

The political heart of Florence, Signoria Square has always been a theatre for the most important happening in the Town: fighting between Guelfi and Ghibellines, the death of the Dominican Frier Savonarola who was executed in this square.

Piazza Signoria is considered an open-air museum because of the original statues that are based here: the Rape of the Sabine of Giambologna, The Perseus of Benvenuto Cellini are only some of the works you will see in this square.

From the square, we will go to the Old Palace the place where the Florentine Republic first and the Grand Duke Cosimo I de Medici later, took important decisions for Florence.

The Palace was so important that all the decorations were made by the most important artists of each period in which there were renovations. We will se works of Donatello, Giambologna, Vasari and even Michelangelo.